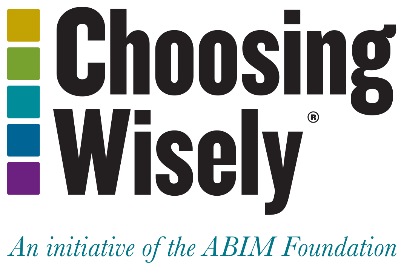 1. Don’t perform routine pre-operative hemostatic testing (PT, aPTT) in an otherwise healthy child with no prior personal or family history of bleeding.

Preoperative hemostatic screening in healthy pediatric patients with no personal or family history of excessive bleeding does not effectively identify those who will have unexpected surgical bleeding. Artifacts or disorders that do not affect bleeding risk may be identified, such as factor XII deficiency or an infection-associated, transient lupus anticoagulant. Hemostatic testing adds cost and may introduce additional stress, either due to blood sampling or if a child has “abnormal” results.

2. Don’t transfuse platelets in an asymptomatic (i.e., non-bleeding) pediatric patient (e.g. aplastic anemia, leukemia, etc.), with a platelet count > 10,000/mcL unless other signs and/or symptoms for bleeding are present, or if the patient is to undergo an invasive procedure.

In asymptomatic (i.e, non-bleeding) pediatric patients with a platelet count > 10,000/mcL, transfusion is not clinically indicated unless signs, symptoms or increased risk factors of bleeding are present. This practice is consistent with recommendations from the clinical guidelines of multiple associations (National Institute for Health and Care Excellence, British Society for Haematology, American Society of Clinical Oncology, and American Society of Hematology). The risk of spontaneous bleeding is low at platelet counts > 10,000/mcL. Unnecessary transfusions put patients at risk for transfusion reactions, alloimmunization, blood borne infections, and refractoriness to future platelet transfusions. This recommendation does not apply in anticipation of an invasive procedure.

3. Don’t order thrombophilia testing on children with venous access (i.e., peripheral or central) associated thrombosis in the absence of a positive family history.

Testing for inherited forms of thrombophilia does not influence the initial management of a first episode of provoked venous thrombosis and should not be performed routinely. The results of such testing have not been shown to either predict recurrence of venous thrombosis or inform the intensity or duration of anticoagulant therapy. Thrombophilia testing has substantial financial cost, and a positive result has the potential for misinterpretation of risk assessment leading to undue psychological distress or impact on childbearing plans, as well as possible life insurance discrimination for affected patients.

4. Don’t transfuse packed red blood cells (pRBC) for iron deficiency anemia in asymptomatic pediatric patients when there is no evidence of hemodynamic instability or active bleeding.

In pediatric patients with asymptomatic, iron deficiency anemia, do not transfuse packed red blood cells (pRBC) in the absence of hemodynamic instability or active bleeding. Unnecessary pRBC transfusions put patients at risk for complications, such as transfusion reactions, blood borne infections and volume overload. The judicious use of pRBCs transfusions would also be associated with cost savings for healthcare systems.

In pediatric patients with asymptomatic autoimmune neutropenia, there is insufficient evidence to support the routine use of granulocyte colony stimulating factor (G-CSF) as a prophylaxis strategy to improve health outcomes. The use of G-CSF in this population should be guided by clinical evaluation. The unnecessary routine use of G-CSF could lead to intolerable side effects, such as bone pain, as well as avoidable healthcare cost.

The American Society of Hematology (ASH) and the American Society of Pediatric Hematology/Oncology (ASPHO) formed a joint panel to solicit, evaluate, and select list items for a pediatric hematology-focused Choosing Wisely® list. The panel was composed of 13 members – two co-chairs (representing ASH and ASPHO), five members selected by each organization, and one member serving as an advisor on Choosing Wisely® methodology.

Six principles were used to prioritize items: avoiding harm to patients, producing evidence-based recommendations, considering both the cost and frequency of tests and treatments, making recommendations in the clinical purview of the hematologist, and considering the potential impact of recommendations. Harm avoidance was established as the campaign’s preeminent guiding principle.

Guided by the six principles, and the feedback of both memberships, the ASH-ASPHO panel was able to identify five impactful items for inclusion in the ASH-ASPHO Choosing Wisely® list.